Do you know the most widely followed stock market in the world? Let me tell you. The Dow Jones Industrial Average (DJIA) is the one.  Don’t be surprised that this firm comprises 30 companies all in one. 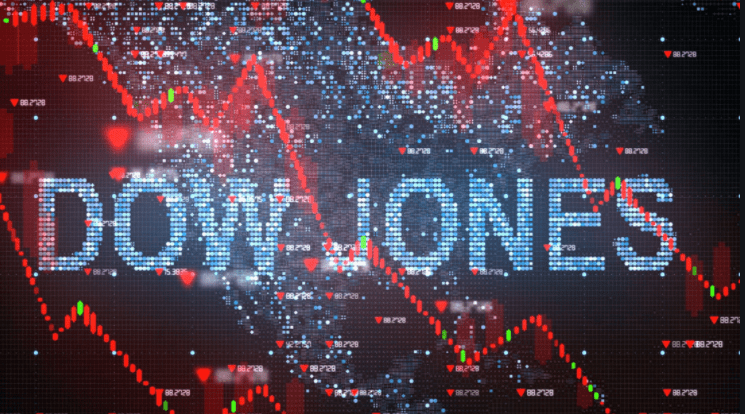 The Birth of the Dow Jones Industrial Average DJIA

This firm, the Dow Jones Industrial Average was introduced on May 26, 1896. It was established by Charles H. Dow, one of the founders of Dow Jones & Company, which was formed in 1882.

Further, Dow’s first index was created in 1884. It included 11 transportation-related stocks. Also, he made some adjustments to the original index (on Wall Street, this process is known as “reconstituting”). In the end, he renamed it the Dow Jones Rail Average (in the 1970s). Later, the name was updated to the Dow Jones Transportation Average to cover the introduction of air freight and other forms of transportation).

With time, Dow discovered that industrial companies were now more widely sought after than railroads. So, he found a new index of stocks made up of twelve companies called the Dow Jones Industrial Average, or DJIA for short.

In the beginning, the index included industrial-sector companies focusing on cotton, sugar, tobacco, and gas. To sum up the reported index figures, Dow added up the stock price of selected companies, divided by the number of companies in the index at the time.

However, the first published Dow Jones Industrial Average figure was 40.94. This means that the average stock price of the twelve stocks Mr. Dow had chosen was $40.94.

The original twelve stocks in the Dow Jones Industrial Average included the commodity-based firms below:

Then, these firms were large, profitable, and very much respected. However, some of them were replaced in the Dow Jones Industrial Average.

With time, in 1916, the Dow Jones Industrial Average was updated to add 20 stocks. By 1928, the DJIA was expanded to 30 stocks, which continues to be the rule today.

After some time, a committee including S&P Dow Jones Indices reps and The Wall Street Journal editors made a decision on which companies are included in the Dow Jones Industrial Average.

Actually, you won’t find any rules for Dow inclusion. You will only see a set of broad guidelines that demand large, respected, substantial enterprises that represent a significant portion of the economic activity in the United States.

The companies still in the Dow Today

Do you know that the most recent update to the index took effect on August 31, 2020? Then, they added Amgen, Honeywell, and Salesforce while ExxonMobil, Pfizer, and Raytheon were removed. At present, the 30 Dow component companies are:

From their calculation, a stock with a $100 share price would have five times the influence on the DJIA as one with a $20 share price. This is so even if the latter company had a market cap that was 10 times as large.

No wonder a firm like Berkshire Hathaway (BRK/A), which usually trades at over $250,000 per share, couldn’t be added to the Dow without any change in the formula because it would instantly represent the entire index.

This problem became obvious when companies announced stock splits and other transactions that change their nominal share price. For a firm still starting, they can make their shares affordable and even double their stock outstanding by splitting 2-1.

$80 stock falls to $40, but there will be outstanding shares. For the Dow Jones Industrial Average, this will result in the DJIA falling even if the stocks increased in value.

However, to reduce the losses, the divisor of the DJIA is always modified for corporate events and transactions like special dividends and stock splits.

On the other hand, many critics speak against the practice of disregarding the overall size of a firm, focusing instead on a meaningless nominal value that can be modified through share repurchases or issuance. A lot of professional money managers make use of the S&P 500, the overall market capitalization.

This firm has been changing constantly within the past 100 years. This change will continue to manifest as the economy shifts. Carefully review everything about the firm.

I hope you got value. Please keep your questions in the comment section.