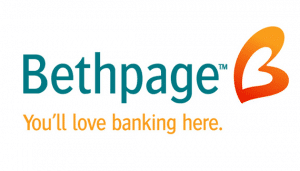 Grumman Hangar 2 Credit Union was established for employees of Grumman Aircraft Engineering Corporation on October 28, 1941. Having been initially established in Farmingdale, Grumman had moved to Bethpage as at the time the credit union was separated in 1994, thereby changing its name to Bethpage Federal Credit Union in 2003. Bethpage got approved for the largest federal community charter in the U.S. enabling its rapid growth.

Bethpage has as it Key people; Dr.  Michelle Nearon, chairman of the board. Wayne N. Grosse, President, and CEO.

Bethpage Federal Union has an extensive commitment to the communities it serves. For several years, Bethpage FCU has sponsored the Bethpage Air Show at Jones Beach, and in 2010, it signed a 10-year contract to sponsor the Suffolk County Sports Park in Central Islip, now referred to as Bethpage Ballpark, home of the Long Island Ducks.

Also in 2014, Bethpage Union agreed to sponsor the football stadium at the C.W. Post Campus of Long Island University, where they have also established a high tech branch for students and faculty of the school.

Bethpage offers the following products to its members;

Star up with Bethpage Credit Union today and get access to a full range of banking products.